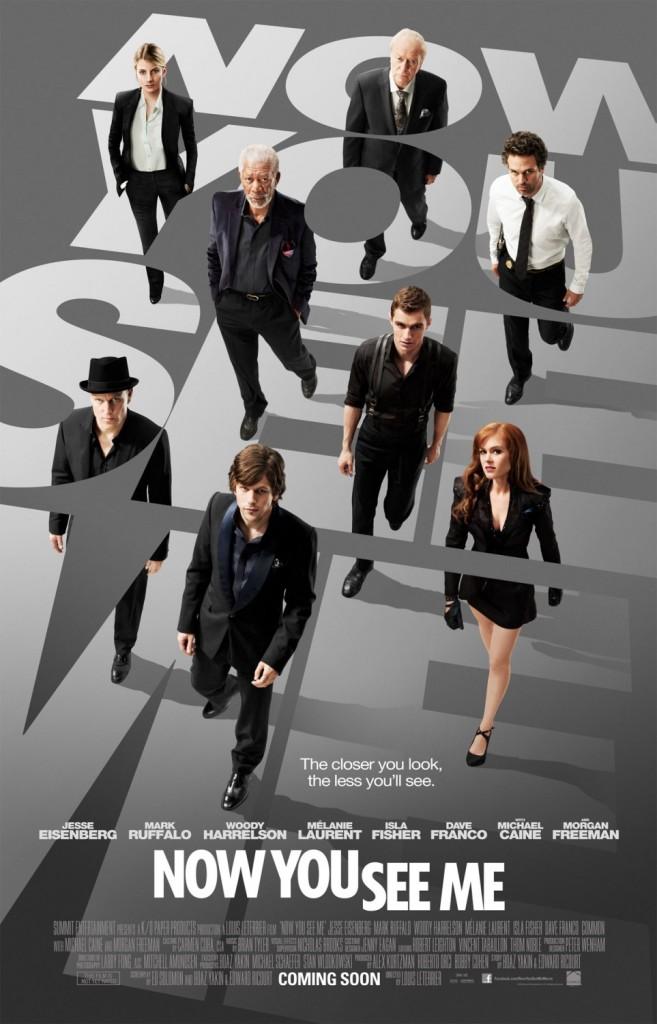 I recently rented the movie “Now You See Me,” which is about four magicians who pull off heists during their sold out shows, in front of massive crowds.
I know what you are thinking — what an alibi and on top of that how could they pull off such a feat?  Magic, duh.
The movie starts out as the magicians in their own environments. The first is J. Daniel Atlas played by Jesse Eisenberg who is a street magician doing card tricks that draw huge crowds.
The second magician you meet is Jack Wilder played by Dave Franco, who does a phony trick on a ferry and says he’ll pay one hundred dollars to anyone who can tell him how he did it.  Someone in the crowd figures it out and he pays the man; I believed his character is a crock until you realize he stole the guy’s watch and wallet and really he wanted to be caught.
The third magician you meet is Merritt McKinney played by the hilarious Woody Harrelson who is working as a mentalist who claims to have powers with controlling and hypnotizing the human mind.  He was famous in the eighties but now just uses his ability to blackmail cheating husbands and get money to not say anything.
The final magician you meet is Henley Reeves played by Isla Fisher who performs an amazing trick of escaping a tank of piranhas but making it look like she died in the tank.  These magicians all get brought together by mysterious cards that all of them were given and this is when the movie really begins.
Now that I’ve given you just a taste of the style of the movie here are other factors that come into play. It’s overall a heist movie so there is plenty of action mixed in with two huge plot twists that you will not see coming.
All of this action goes hand in hand with witty banter between characters and plenty of sarcastic humor from all four magicians.
This movie is definitely worth seeing and for those readers that find this interesting there is already a sequel being written with the original cast already signed on to return to their roles.
“Now You See Me is definitely going to be the next big franchise in Hollywood.